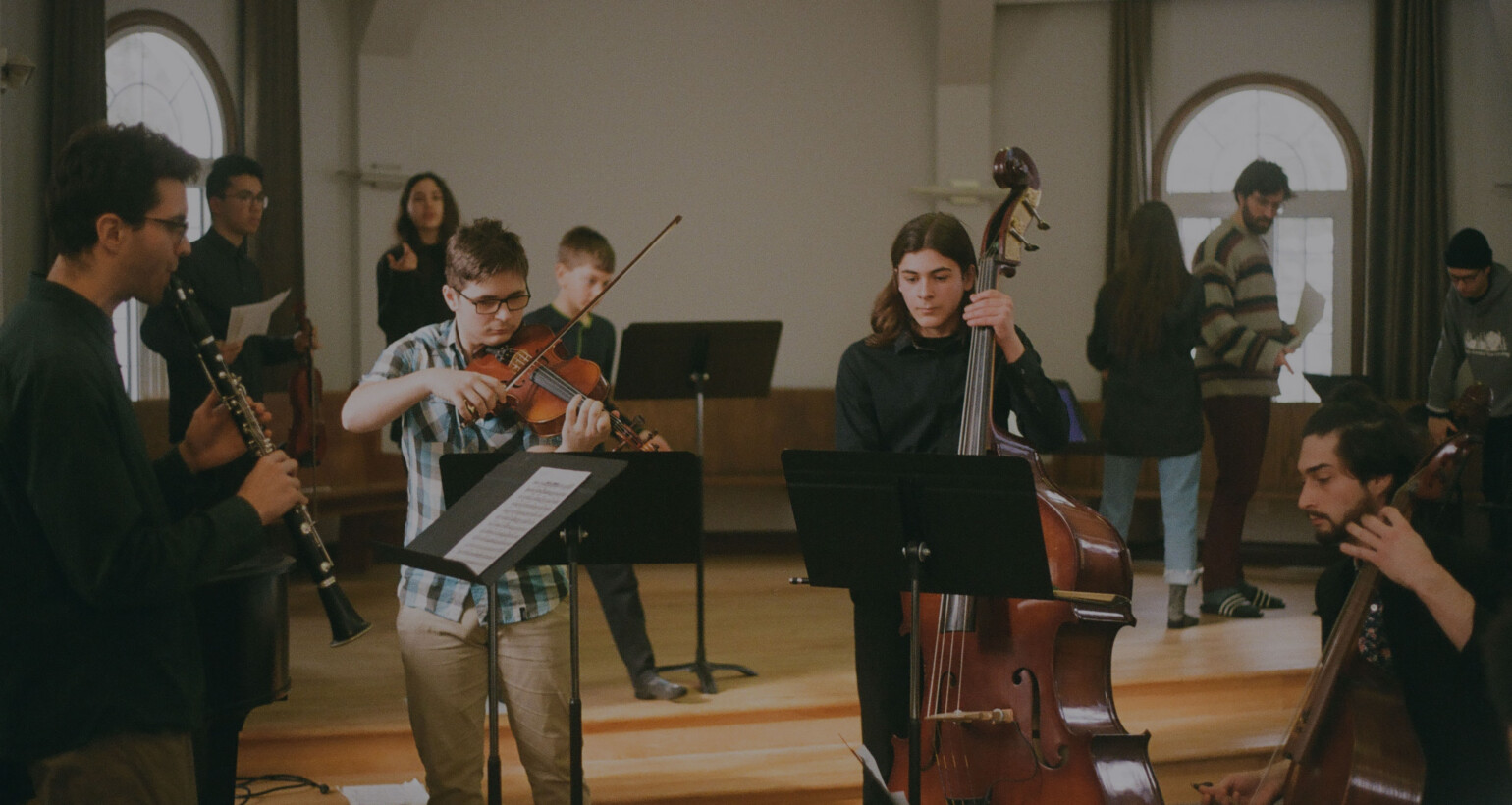 stimulating encounters on an enchanting site!

Private domain
Facilities and equipment specific to the practice of music
Swimming lake with pedal boat, kayak and rowboat
5 km of walking trails in the forest
Bird watching

*For the piano camp from August 28 to Septembre 2nd: 5 breakfasts, 5 lunches, and 5 dinners included

Details of the training offered:

Activities are offered according to Public Health guidelines in effect at the time of the camps. Physical distancing, wearing of masks, negative PCR test prior to arrival may be required depending on the prevailing pandemic situation.

*Due to the number of registrations received, the flute camp had to be cancelled. Another camp will be organized next season.

Are you an amateur flutist or a college student? This is your chance to combine music, the outdoors and relaxation! For one weekend, musicians of all levels will come together to share their pleasure of making music, all in a friendly atmosphere conducive to discovery. During this camp, you will participate in different activities including:

Marie-Hélène Breault distinguishes herself by her versatility, creativity and the excellence of her work as a flutist, artistic director, composer-arranger and teacher. Trained at the Conservatoire de musique de Québec (Prix avec grande distinction), at Yale University (Artist Diploma) and at the Université de Montréal (doctorate in performance and musicology), she has more than 20 years of experience in teaching the flute. She currently teaches at the Université du Québec à Montréal (UQAM), Cégep Marie-Victorin, École secondaire Joseph-François-Perrault and at her private studio in Vieux-Longueuil.

A native of the Magdalen Islands, Geneviève Déraspe studied in Montreal and Europe. She is a member of the wind quintet CHOROS and has collaborated with the SMCQ, ECM+ and several orchestras. She performs regularly as a soloist and chamber musician with a repertoire of all periods. She holds a doctorate in performance from the Université de Montréal, where she has taught, and is a flute teacher at the college sector of the École de musique Vincent-d’Indy, at the Joseph-François-Perrault school and at the Père Lindsay Music Camp. Each year, she participates in juries for various competitions, exams and festivals.

is the artistic director and founding member of Paramirabo. He has won several competitions including the TD-Canada Trust Young Artist Competition and the Ken Murray Competition, and is a recipient of the soundSCAPE International Festival Performer Prize. A graduate of McGill and Wilfrid Laurier Universities and of the Conservatoire de Montréal, he is very active on the new music scene, notably at ECM+ and the NEM, in addition to playing with various orchestras (OSQ, OM, Sherbrooke, Trois-Rivières, Longueuil). Jeffrey is one of the coordinators of the new music workshop at Domaine Forget and the flute workshop at Camp musical Saguenay Lac St-Jean, and teaches at the Cégep de Drummondville.

For more information, contact Geneviève Déraspe by email at genevievederaspe@yahoo.ca or by phone (438) 824-7381

Are you an amateur musician who plays the cello or double bass? This is your chance to combine music, the outdoors and recreation! For one weekend, musicians of all levels will come together to share their love of music in a friendly atmosphere conducive to discovery. Depending on your interests, you can participate in workshops on:

Graduate of Université de Montréal (M.Mus), Geneviève Bigonnesse is a dynamic double bass player who is very active in the Quebec orchestral scene. In addition to the Barroco Duo, she is a member of the Fiestango ensemble founded in 2005. A passionate pedagogue, she teaches at the primary, secondary and college levels. Since the fall of 2018, she has been the senior manager of the project “La musique aux enfants”, an initiative of the Orchestre Symphonique de Montréal.

A graduate of the Université de Montréal in performance and musicology, Catherine Mathieu teaches cello in her private studio in Rosemère and gives lectures to promote the accessibility of classical music. She is also a writer for various orchestras.

*The cello and double bass is currently full. To register to the wait list, please write to secretariat@campmusicalperelindsay.com

Are you an amateur singer or do you sing in a choir? Here is a unique opportunity to work on your vocal technique, your musicality, and to discover the repertoire in the picturesque settings of Lac Priscault! For one weekend, singers of all levels will come together to share the pleasure of singing, all in the friendly atmosphere of the Camp Musical Père Lindsay. Depending on your interests, you can participate in the following classes and workshops:

Marie-Annick Béliveau is a mezzo-soprano known for her multidisciplinary artistic practice, mainly devoted to creative music. She can be heard in more than 30 works composed for her here and in Europe and on several award-winning recordings. She is the artistic director of the lyrical creation company Chants Libres and teaches classical singing at UQAM.

Jean-Marc Pilon studied music at the Université de Montréal (harpsichord, piano and voice classes) and at UQAM in music education. He has sung in several Montreal vocal ensembles, including the Chœur de l’Orchestre symphonique de Montréal, the Studio de musique ancienne, the Ensemble vocal Tudor, and the Elmer Iseler Singer’s of Toronto. As a pianist, he has accompanied various choirs and participated in several musical theatre productions. He has taught at Camp Musical Père Lindsay for 38 years where he teaches a repertoire knowledge course.

Pierre McLean : Born in a family of musicians, he loves music and learns the piano as a child. He studied at the Université de Montréal, where he obtained a bachelor’s degree and then a master’s degree in piano performance under the direction of Nathalie Pepin. Showing a great curiosity for music and the languages of the lyrical repertoire, he completed his studies by training in Europe, first in Italy (Siena, certificate of advanced Italian studies), then in France (Royaumont, medieval music with the SMAM), and finally in Germany (Bremen, Düsseldorf, scholarship holder of the prestigious Deutsche Akademische Austauschdienst or German inter-university exchange service).

After completing her master’s degree in voice performance at the Université de Montréal, Geneviève Charest was admitted directly to the Atelier Lyrique de l’Opéra de Montréal. Since then, she has performed as a soloist in Paris, Japan, Vietnam, Belgium, and Luxembourg. More recently, she has appeared with the Sinfonia de Lanaudière and the Orchestre de la Francophonie. She played Fantine on stage and on record in the production of Les Misérables alongside Gino Quilico. Under the direction of Denise Filiatrault, she played Sharon in Les Leçons de Maria Callas, brilliantly portrayed the masterful role of Diane in Une vie presque normale at the Théâtre du Rideau Vert and played the formidable Velma Von Tussle in Hairspray at the Théâtre St-Denis. She was part of the cast of the world premiere of the French version of Phantom of the Opera in Montreal.

Rosalie Asselin : A versatile artist, Rosalie Asselin brings her musicality and energy to a wide range of projects, from opera to orchestra, recital and choral singing. With Jeunesses Musicales Canada, she has participated in four cross-Canada opera tours. She has worked with the Orchestre symphonique de Montréal as a chorus coach under the direction of conductors Kent Nagano and Jacques Lacombe.

Accompanying person rate (double occupancy with a participant sharing the same home bubble, including meals but without courses): $250 taxes included.

*The piano camp (June 17 to 19) is currently full. To register to the wait list, please write to secretariat@campmusicalperelindsay.com

Accompanying person rate (double occupancy with a participant sharing the same bubble, including meals but without courses): $525 taxes included.

Possibility to pay in 2 installments with cheques.

*The piano camp (August 28 to September 2nd) is currently full. To register to the wait list, please write to secretariat@campmusicalperelindsay.com

The number of places available is limited, so you are invited to reserve as soon as possible! 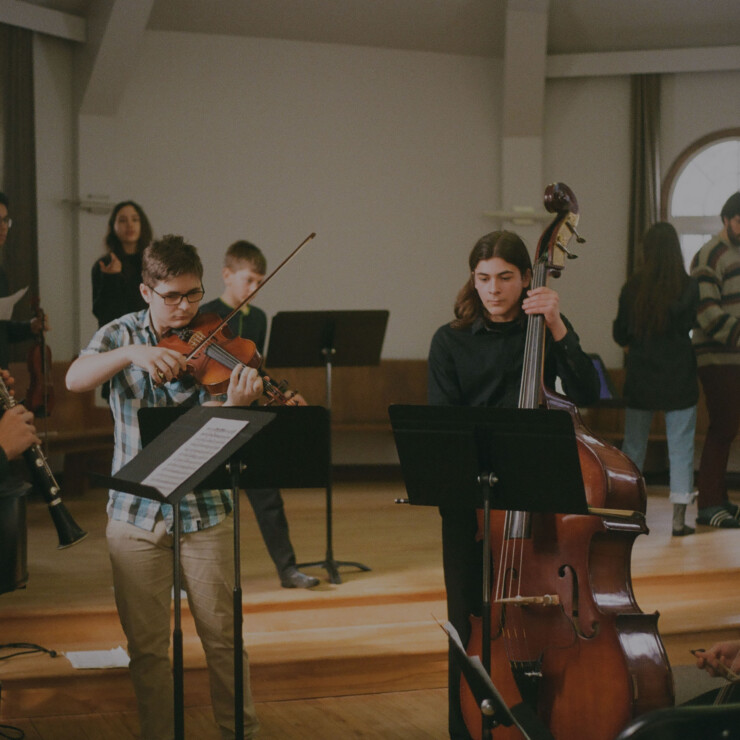